How The New Farm Bill Is Accelerating Legalization 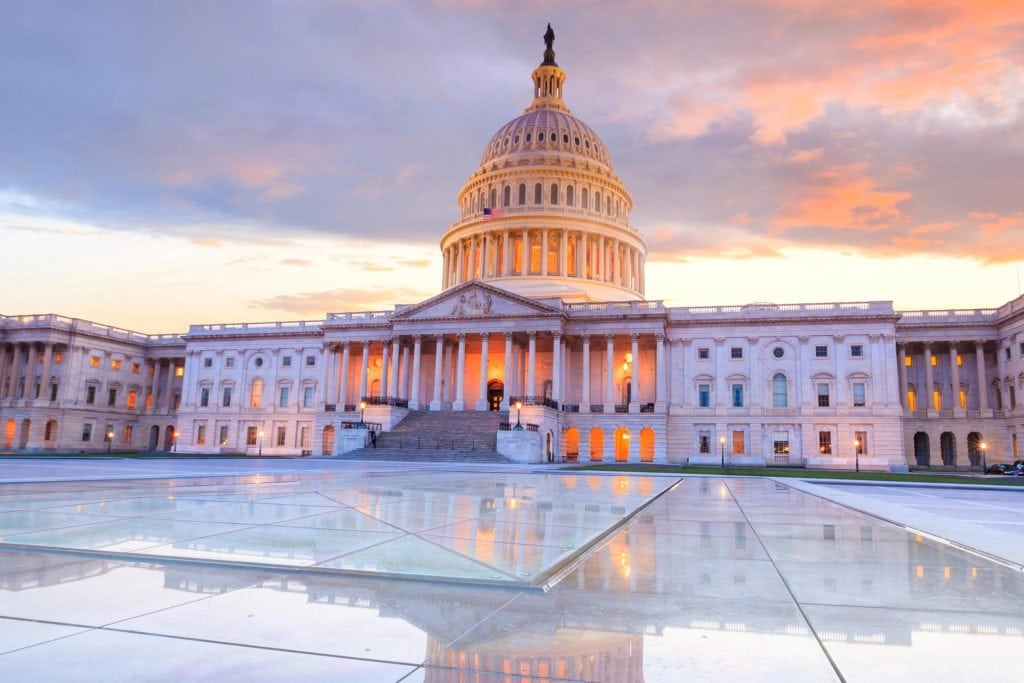 What began as a proposal by Republican Senate majority leader, Mitch McConnell, to amend the 2018 Farm Bill could end up fully legalizing industrial hemp in the United States.

The amendment, titled the “Hemp Farming Act of 2018,” fully legalizes industrial hemp and all products made from it, including CBD oil. Industrial hemp is a variety of the cannabis plant, but it has such low or untraceable amounts of psychoactive compounds that hemp seeds can be used with abandon in restaurants, in foods prepared for national chain grocery stores like Whole Foods, in the building of homes, fashion, and even in BMW cars. But as long as it remained on the DEA’s list of controlled substances, the government agency had control and could crack down on farmers at any time.

“There was a lot of discussion about what is this?” McConnell said in his March announcement. “Is this the same as the illicit cousin [marijuana]? I think we’ve moved past that and most members of the Senate understand that these are two very different plants.”

McConnell’s amendment to the 2018 Farm Bill would officially remove hemp from the DEA’s list of controlled substances, and the legal status of the plant would be corrected. The DEA would no longer be able to interfere with the growing of hemp or the production of products like CBD oil and CBD capsules.

The United States made industrial hemp illegal for decades until an amendment to the 2014 version of the Farm Bill allowed growing by state-run hemp research programs. The U.S. grew about 25,000 acres of hemp under these state programs, some run by universities and others by career farmers, but CBD vendors faced legal threats at both the state and federal level if they dared to plant the same seeds.

Today, we’re seeing a live reconciliation between lawmakers and industry leaders thanks to a growing demand for cannabis-related products.

Current industry estimates report U.S. hemp product sales at nearly $700 million annually2 and with sales of hemp-derived CBD products almost doubling to $170 million in 2016, experts predict a billion-dollar CBD market by 2020 or 2021. Think of all the jobs and economic opportunities that are possible if the U.S. allows farmers to grow the crop.

Though the hemp industry overall supports the hemp amendment, there is some language present that would prevent citizens with a felony drug conviction from growing hemp.
If we know that all races and ethnicities use and sell drugs at about the same rate, then we can see why the fact that drug convictions disproportionately affect people of color makes the three lines of exclusionary language in the bill racially biased:

(i) to participate in the program established under this section; and

(ii) to produce hemp under any regulations or guidelines issued under section 297D(a).”3

If the Hemp Farming Act of 2018 passes, some experienced hemp producers could face a departure from the industry if they have been convicted of a cannabis-related crime. Since some of the farmers are the ones who have been growing it under state pilot programs, it could be said that the same bill that would legalize their crop de-legitimizes their career.

The Senate passed the 2018 Farm Bill, and farmers from both sides of the political aisle rejoiced. However, since the House version of the Farm Bill does not include the same amendment, hemp’s future is not secure.

For those who are concerned about the exclusionary language in the bill, there is still hope because the House version of the law has yet to be finalized. For hemp to be legalized, it has to be included in both the House and Senate versions of the farm bill.

The House and Senate must form a “Conference Committee” to unite the two versions of the 2018 Farm Bill, and the felony ban could be removed in this process. Conferees, appointed from both parties, will then meet to debate the final version before it can appear before the president for his signature.

Lawmakers have until September to finalize the bill, or hemp farmers could be left relying on a 2014 law which decriminalized hemp through state pilot programs and limited farmers to grow hemp for research. Hemp advocates hope that, with McConnell’s enthusiastic support, conferees will support hemp. If you’re a hemp supporter, this is your chance to speak up in favor of the plant. Contact your representatives and tell them exactly what you support in the Hemp Farming Act of 2018 amendment.

Will the Hemp Farming Act of 2018 Change How I Buy CBD?

The Hemp Farming Act of 2018 should hopefully change the landscape quite a bit. First of all, hemp legalization would lead to an industry boom. It would allow products to come to market—we’ll be here reviewing them for you—and more producers who can grow and benefit from increasing this beautiful crop.

Under the amendment, all products made from hemp, including CBD oil that contains less than .3 percent THC would be explicitly legalized. State agriculture departments, along with Native American tribes, would be free to regulate hemp just as they do any other crop.

While it’s still possible hemp could become legal through other methods, such as a stand-alone bill